Vacation never stops me from thinking about skating! Last week we stayed for a night at Ashcroft, a small town in British Columbia. This town was established in the 1860s by settlers who came in search of gold and wound up establishing a way station for prospective miners. It is one of the driest places in Canada south of the high arctic, and has been the set for filming desert locations in movies and television. 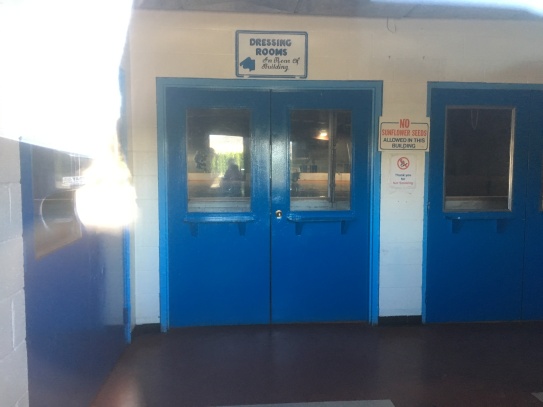 Even tiny towns in Canada have their own skating rink! And curling. What does this say about Canada?

Anyway, I’ve been using my time off the ice to work on more general aspects of fitness, which includes improving my aerobic fitness. I feel like I’m pretty good these days about working on alignment, flexibility, and strength (including core and upper body strength). The one piece that has dropped away in the past few years has been making sure that I get my heart rate up on a regular basis. While I feel like my cardio fitness level is basically still pretty good, I definitely should be building in some deep breathing (I did write “gasping for air” but that sounds a bit too dramatic) back into my life.

While visiting my in-laws in Portland, OR, I used the elliptical trainer, which has way more bells and whistles than my exercise bike at home. I had fun trying to keep up with the different fitness programs on the computerized screen. I didn’t realize that I could burn 100 calories in 6 minutes! (Okay, I know that’s not really true, but what other fantasies can we hold on to in life?)

I also enjoyed trying to rev up my heart rate using the elliptical (less impact than the treadmill). Since I have a fairly low pulse to begin with (usually around 60 bpm), it is a bit of a challenge to figure out how high I should make it go. I seem to have trouble getting past the low-80s, even when I’m–ahem!–gasping for air.

After I stop, both my heart rate and breathing go back to normal fairly quickly, so no worries here about over-exertion in the exercise room. Plus, I keep my slack-key Hawaiian guitar soundtrack on, which as we all know immediately translates to a certain amount of chill.

How will this new-found fitness goal translate into skating terms? In the past month, I’ve tried to organize my practice time on the ice into three different parts:

Since I’m not doing a program, it’s important to figure out how to make an aerobic element part of the routine. I should probably start adding in 3-5 minutes of power stroking in there once in a while. I need a different soundtrack!