I found a video of the eccentric foot/ankle exercises I’ve been doing for my tendinosis, and as it turns out the exercise has a cool name: manual dorsiflexion.

Since January 7, I have been doing these 15 times per set, three sets per session, three times a day. That makes 405 times each day, for the past 33 days. 13365 so far, 36450 if I do the total three months as suggested. I’m going to be really good at it by the time I’m done, though “good” will be hard to assess unless you count the ways that I can now do this at meetings underneath the conference table without anyone catching on.

Skating is full of such repetitions, which we can think of as a kind of devotional practice. The numbers are fun to play with, but we all know it’s not about the numbers.

How do I love three turns? Let me count the ways.

I have actually done a few good three turns (not just “sort of” but “yes, that’s it” three turns) in the past few days. This means starting with a good edge, rising to feet together, turning by picking up the heel rather than leaning into the circle, and lowering on the inside edge to place the new foot down rather than falling onto the new foot.

How many of these good threes do I have to do to make up for the ones where I have fallen into and out of the circle or had a bent free leg or used my free side to fling myself around (fun, but wrong)? Let’s see, maybe if I do 50 each session, 250 each week (if I’m lucky enough to skate that much), 1000 each month. . .

This feels a little daunting. Okay, how about I don’t try to keep count, but just work on the general principle of doing as many correct ones as I can? I’ll have to figure out a way to think about this without getting hung up on the numbers. (It’s like getting older: how meaningful are those numbers, really?)

I got some more footwork exercises this week, thanks to Ari’s endless creativity. I think the idea behind this to vary the sequence of edges and turns so that I develop some facility in putting different combinations together, like traveling sequences in ballet class (which I was never very good at!) Here’s the list:

The big posture issue for this week is to keep my left side in a workable position by using back and upper legs muscles as well as my glutes. I realized last week when I was looking at the picture of Irina Moiseeva from a couple of posts ago that she not only had her hip underneath her, but a much more pronounced arch in her lower back than I have been allowing myself. I realized that I was trying to keep my left hip underneath me by trying to do a kind of “posterior pelvic tilt” to correct for my “anterior pelvic tilt.” 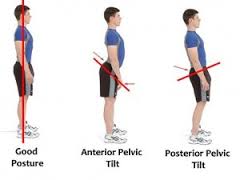 This made it really difficult to skate with any knee bend. Instead of thinking of pushing the hip forward by tensing my glute muscles, I’ve been thinking about keeping a natural amount of lumbar curve in my spine. This seems to help a lot. 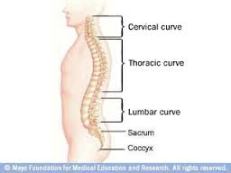 I’ll report back later on this change, which seems like one (or more) step(s) in the right direction. But who’s counting?